Landscape upgrade and restoration, at the historic Pretoria station.

The Pretoria Station with its forecourt and garden, is a landmark building in Pretoria’s CBD, and is of significant heritage value. It was designed by Sir Herbert Baker in 1908. Due to neglect over the years, the forecourt and garden deteriorated considerably. It was decided that the historical forecourt with its slate retaining walls, formal planting and symmetrically planted palm trees were to be restored, replanted and upgraded to provide a safe, friendly and usable outdoor spaces for the FIFA 2010 visitors and the daily users after the tournament. The guiding design philosophy was to rehabilitate degraded areas, without impacting on the current use of the station.

It was vital to retain the heritage value of the site. This was achieved by implementing the following: 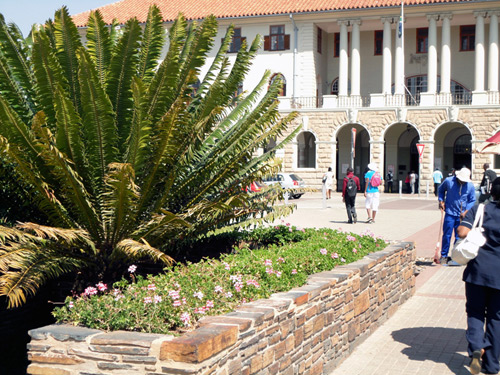 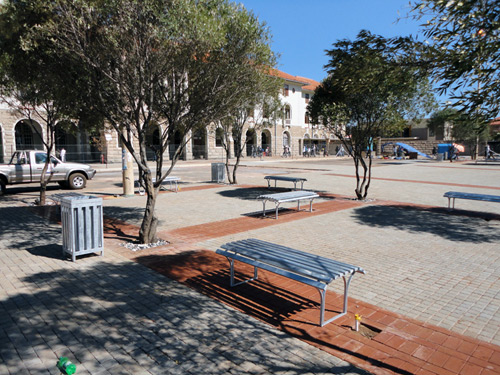