If you were young and planning on building your first house, had a strict budget, wanted a house that expressed your lifestyle and allowed for future extension, this is the house one would build. The owner also happened to be the architect, which explains the economical expenditure and the efficient use of space. Wise decisions were also made when selecting locally available and standard materials.

Even with its budgetary constraints, it is an incredibly spacious home, with an abundance of natural light and ventilation and a generous entertainment area. This owes itself to the open plan layout, double volume spaces and a ceiling that runs parallel to its roof. One would notice throughout the house clever and elegant detailing. The architect/owner used the opportunity of building his own house to experiment and explore various energy efficient principles, such as rainwater harvesting and passive heating and cooling methods.

The flat concrete roof over the garage is used for the placement of water tanks, to store water that is harvested from the house’s roof. The water is used to irrigate the garden. Furthermore, the house features a trombe’ wall. A trombe’ wall consists of a vertical wall, made of thermal mass, in this case dry packed stones, that is behind glazing. Sunlight passes through the glass; the heat is absorbed by the rocks, which is then released into the building’s interior at night. The warm air between the stone wall and the glass will rise, and can either be released into the building by means of openings at the top of the wall, or to the outside by opening the windows, depending on the heating/cooling requirements. Even single-pane glass works for this process, because glass is transparent to the incoming visible light and near-visible shorter-wavelength higher-energy infra-red radiation that warms the wall mass, but less so to the longer-wavelength infra-red radiation that is the heat that is radiated back out from the wall mass.

Alternative building materials were also explored. The most notable of these is the use of orientated strand board (OSB) as an alternative floor covering. This board is manufactured using resin coated wood strands, that resemble large wood chips that are the by-product of the timber miller process. 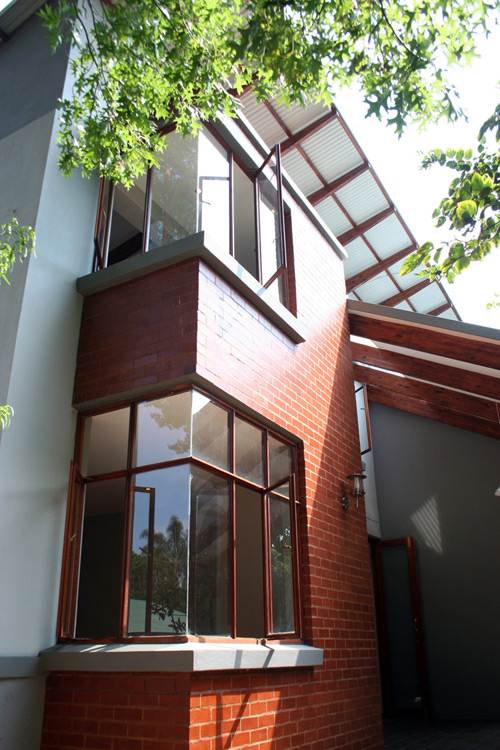 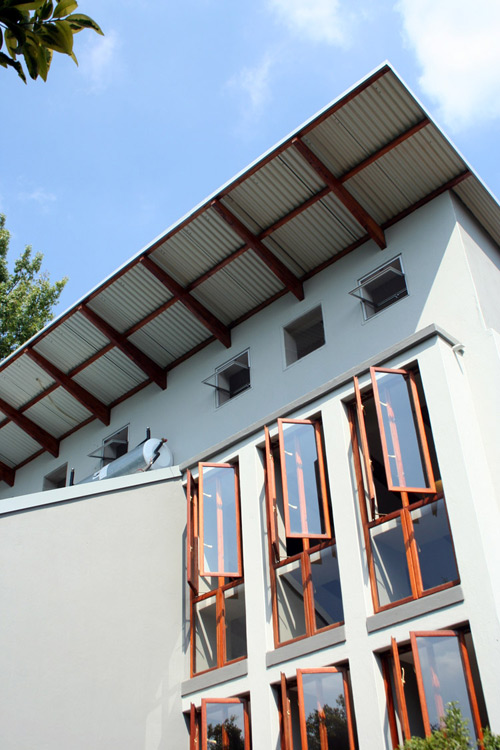 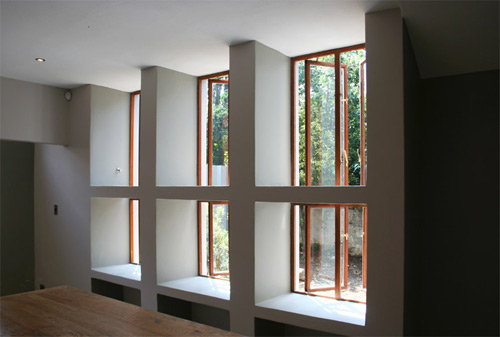 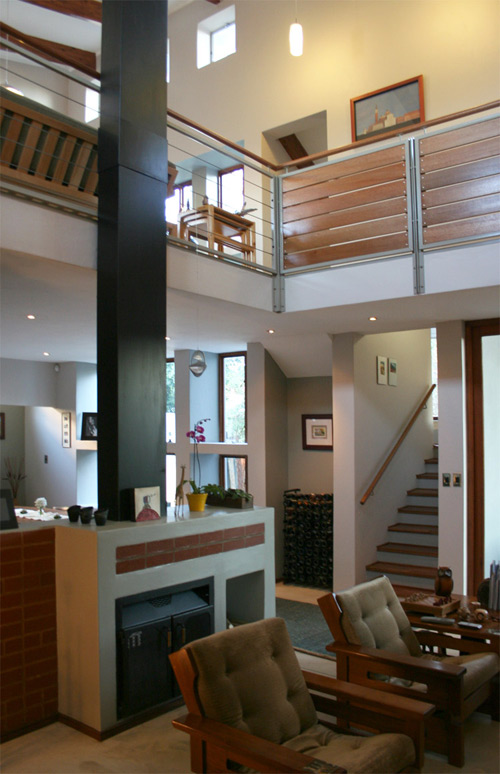 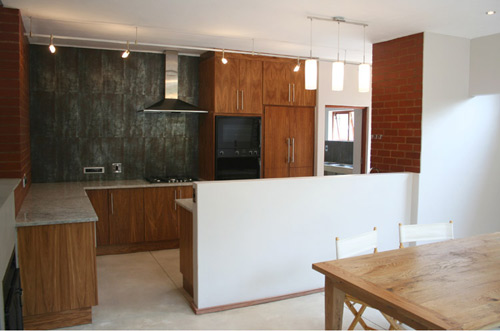 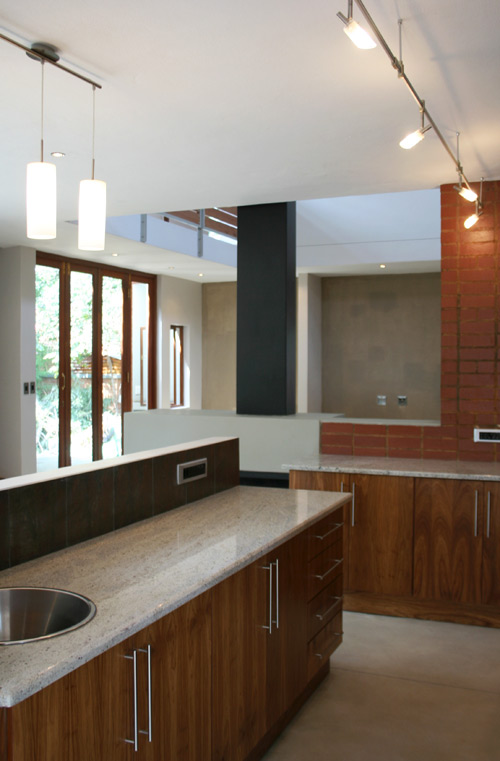 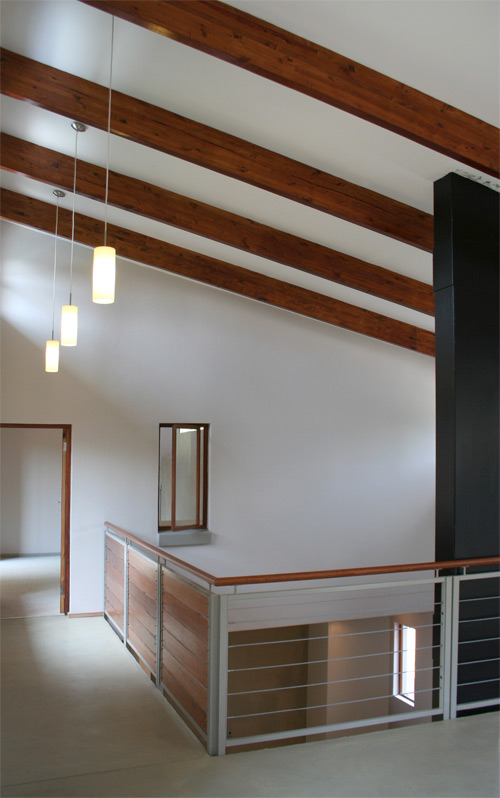 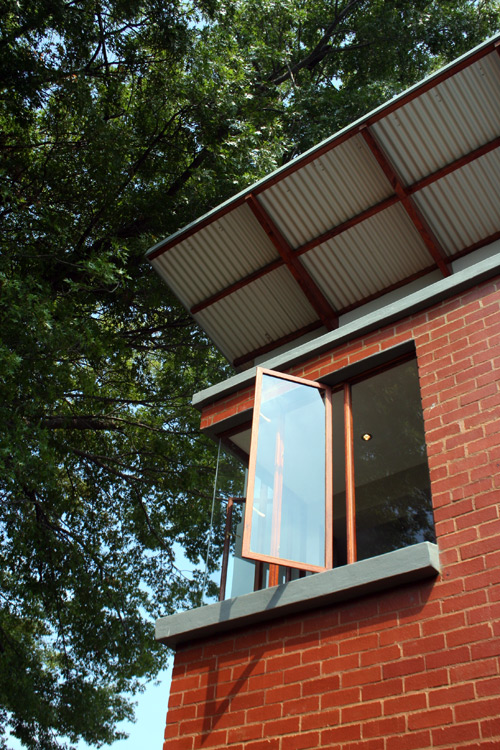 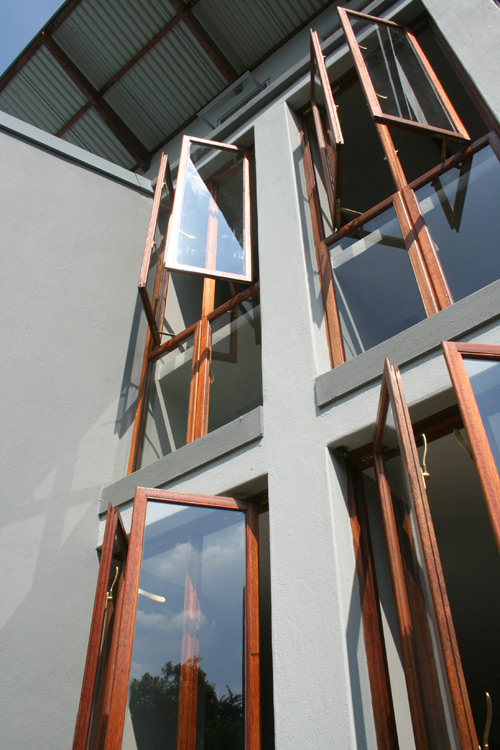 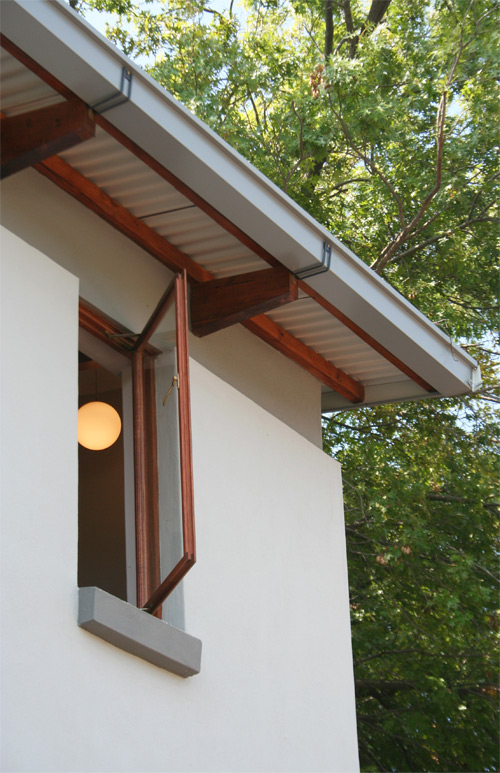 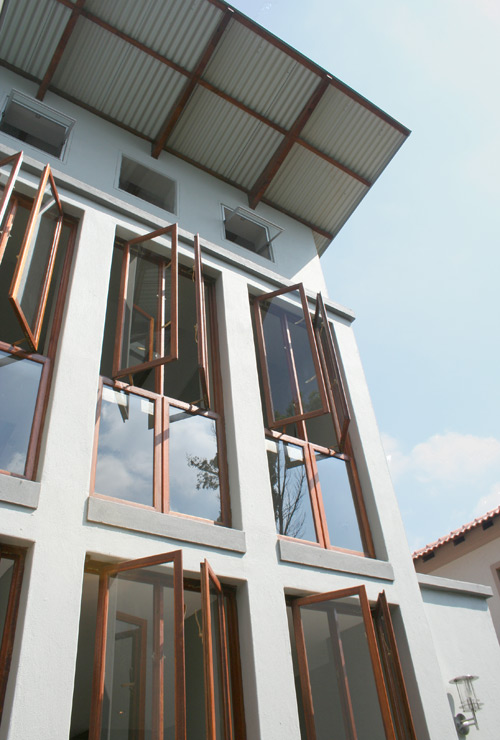 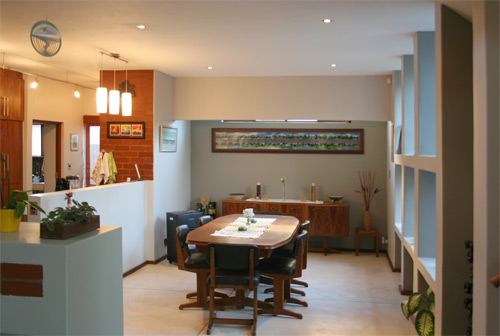 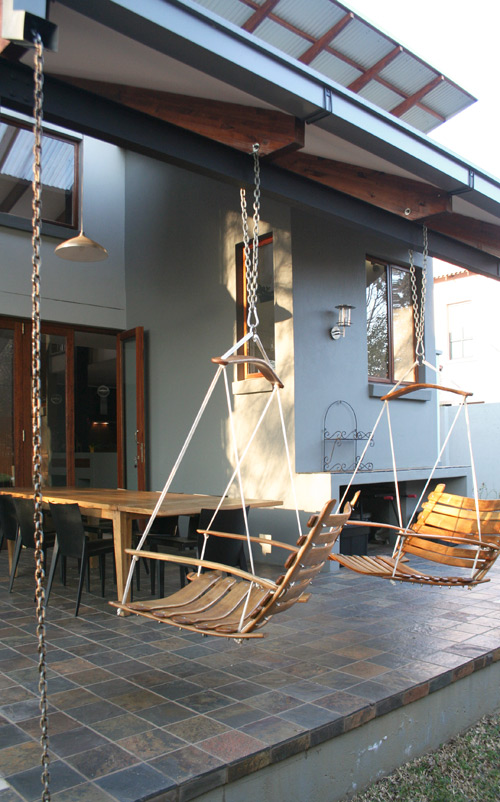