This project consists of a new civic theatre for Germiston on the site of the then Carnegie Library that was constructed in 1915. A fire in 2013 destroyed most of the building and the ruins have been standing vacant since then and were subject to further neglect and vandalism. Based on the heritage assessment and recommendation by the architects, the Ekurhuleni Metropolitan Municipality (EMM) requested the architects to include as much of the remaining fabric as part of a new design for a civic theatre. Based on a heritage and structural assessment, the architects decided to incorporate as many as possible from the heritage assessment’s guidelines and recommendations by including the remaining facades in the new theatre design.
The remaining original facades however required structural support to make them safe and in the new theatre’s foyer, this bracing system is exposed. The original entrance doors have been refurbished and included in the foyer’s design, as were the salvaged Kirkness bricks, now re-used in the foyer’s refreshment counters.
The theatre forms the core of the urban design’s cultural precinct as proposed in the GEAR proposals for the EMM. The square in front of the theatre contains a Commonwealth Great War Memorial that has also been vandalised over time but which was cleaned and renovated in accordance with the heritage assessment. The hardscaping design of the square now forms part of the adjoining Market Square.
The new design followed the heritage guidelines of the ICOMOS Burra Charter insofar as the theatre is considered to be a compatible use. The retention of an appropriate visual setting is achieved by making the restored facades visually accessible through the new sun-protected glass facades of the theatre foyer. The main axial approach to the old Library has been retained as the main entrance to the new theatre. There is also a clear distinction between new and old construction.
The Civic Theatre seats 470 patrons and has function rooms, change rooms and backstage facilities for performing artists. The foyer doubles up as a second performance space and includes an area for a removable stage.  Office space has been provided for the theatre administration staff. The concrete and steel superstructure was inserted next to and between the old facades in such a manner that their structural stability is not compromised and allows the new structure to not bear on the old facades.
This project is considered a successful attempt at architectural heritage conservation integrated with a new and compatible use. 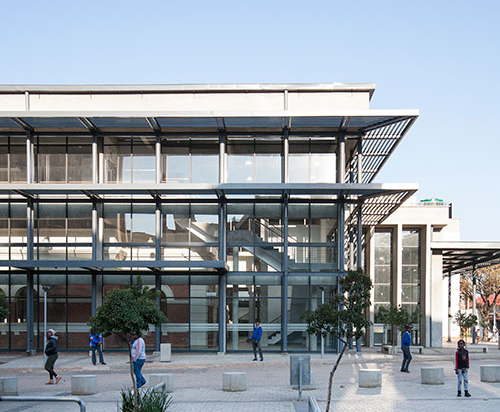 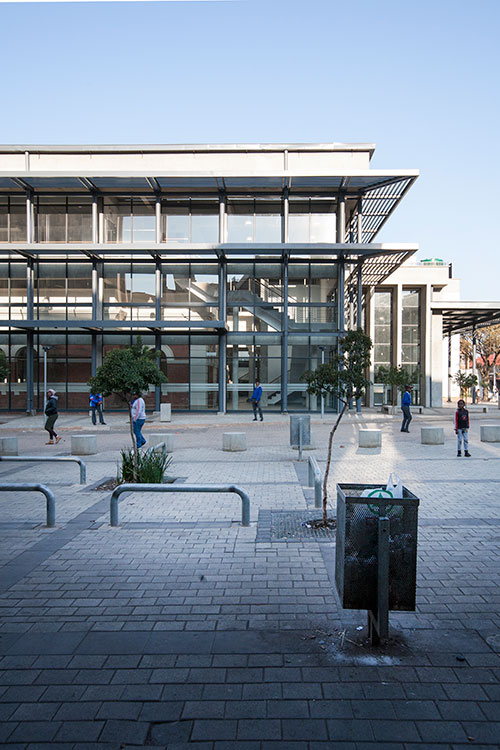 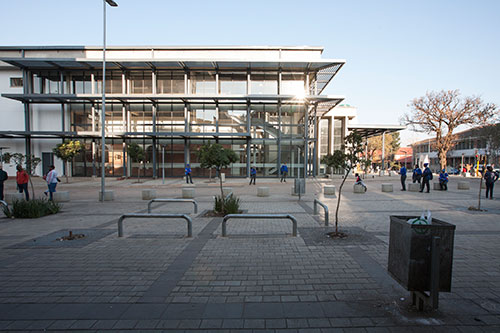 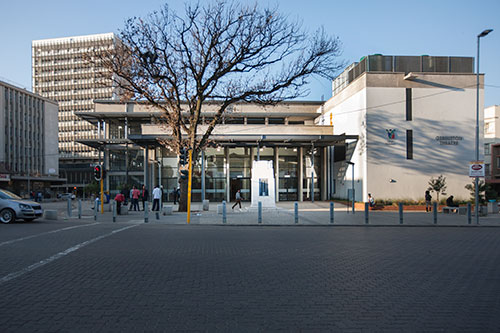 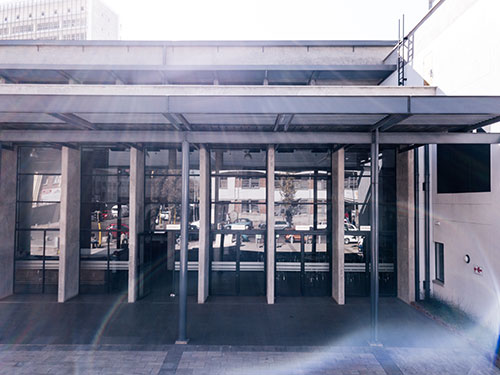 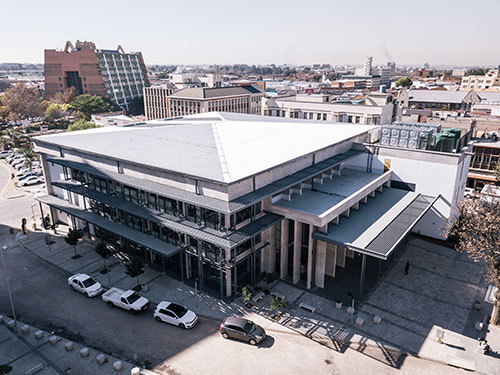 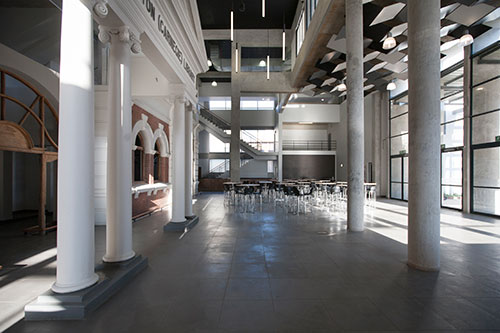 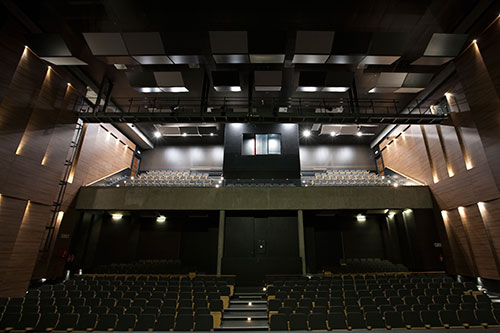 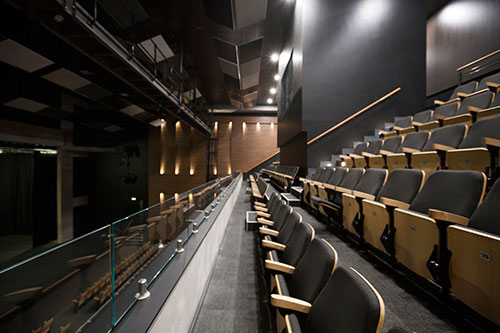 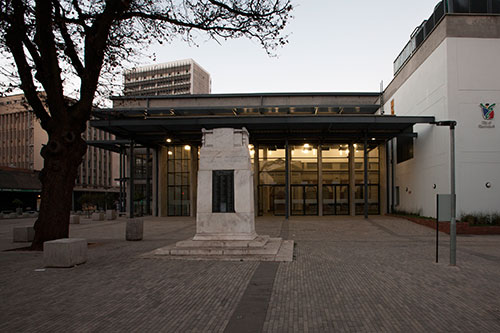 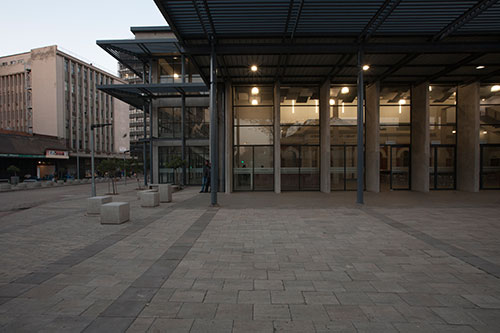